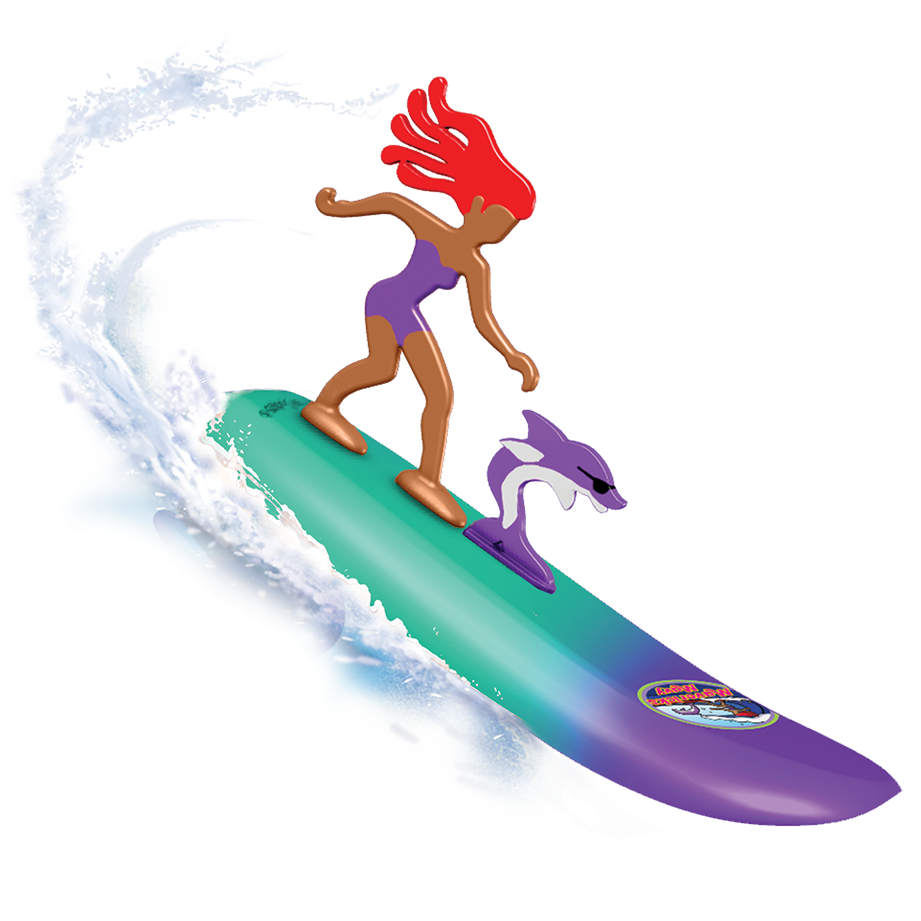 Was conquering waves at age 7 as a topflight amateur from Surf City on the Outer Banks where onlookers were already calling her Surf City Sally. Learned Huntington Beach held trademark for Surf City. Convinced her family to move to California where she fully developed her legendary surfin’ skills and rivalry with Mavericks Mavy. Discovered Bali Bobbi on a trip to “the Park” in Real, Quezon. Graduate of Pepperdine with a degree in Marine Biology, still surfs every day. Plans to take a year off from work to train and compete for the USA Olympic surfing team.